A night in Florence: shooting with some of the most elegance man from Pitti Uomo

05 May A night in Florence: shooting with some of the most elegance man from Pitti Uomo

In this post, I’m going to share one of the most interesting sessions I had at the last Pitti Immagine Uomo.

I had the idea that was nice to go to shoot outside the usual, and much photographed, place of the Fortezza da Basso.  So we set a session in the streets of Florence, and honestly to say, we were more staying close to Piazza Della Repubblica. 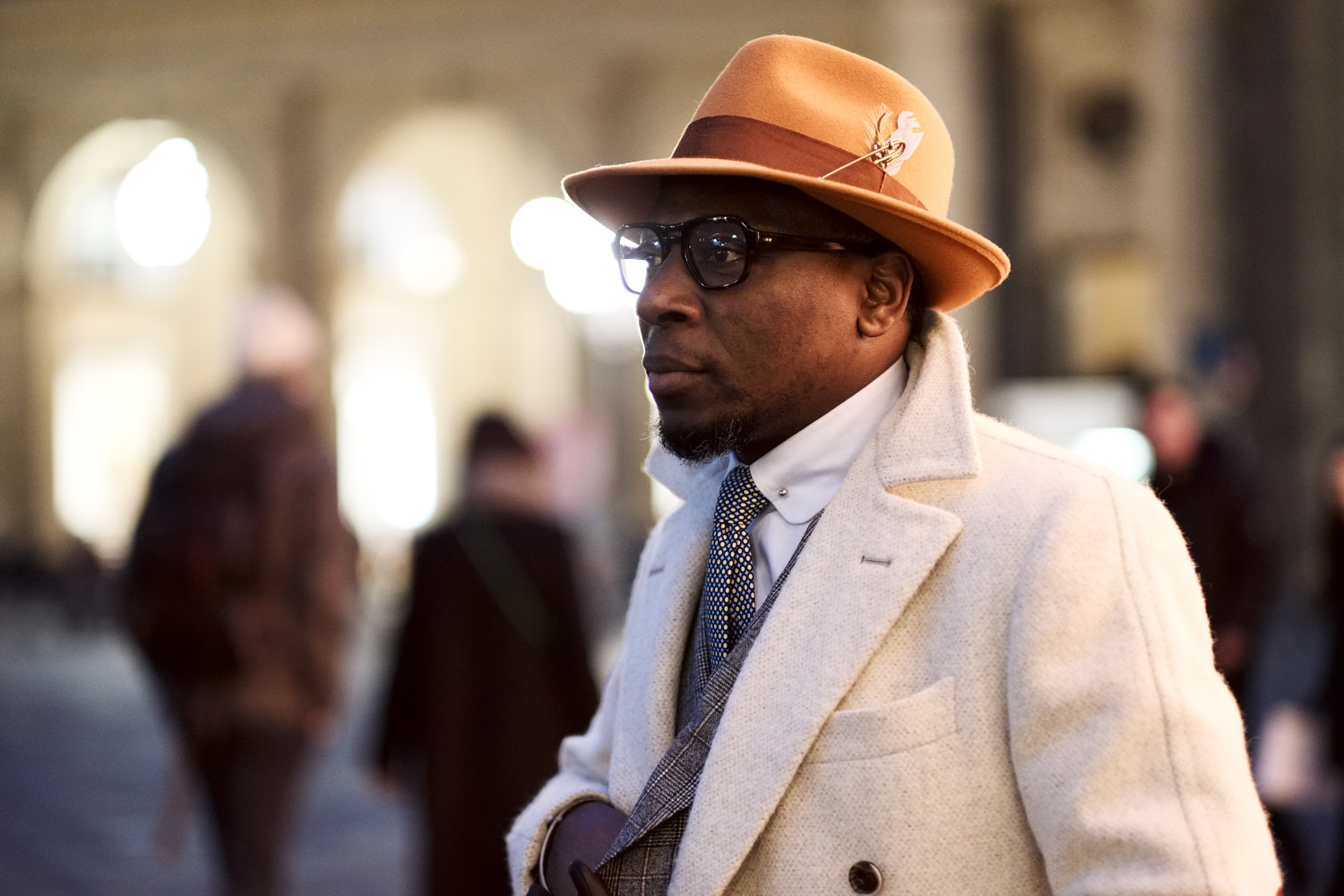 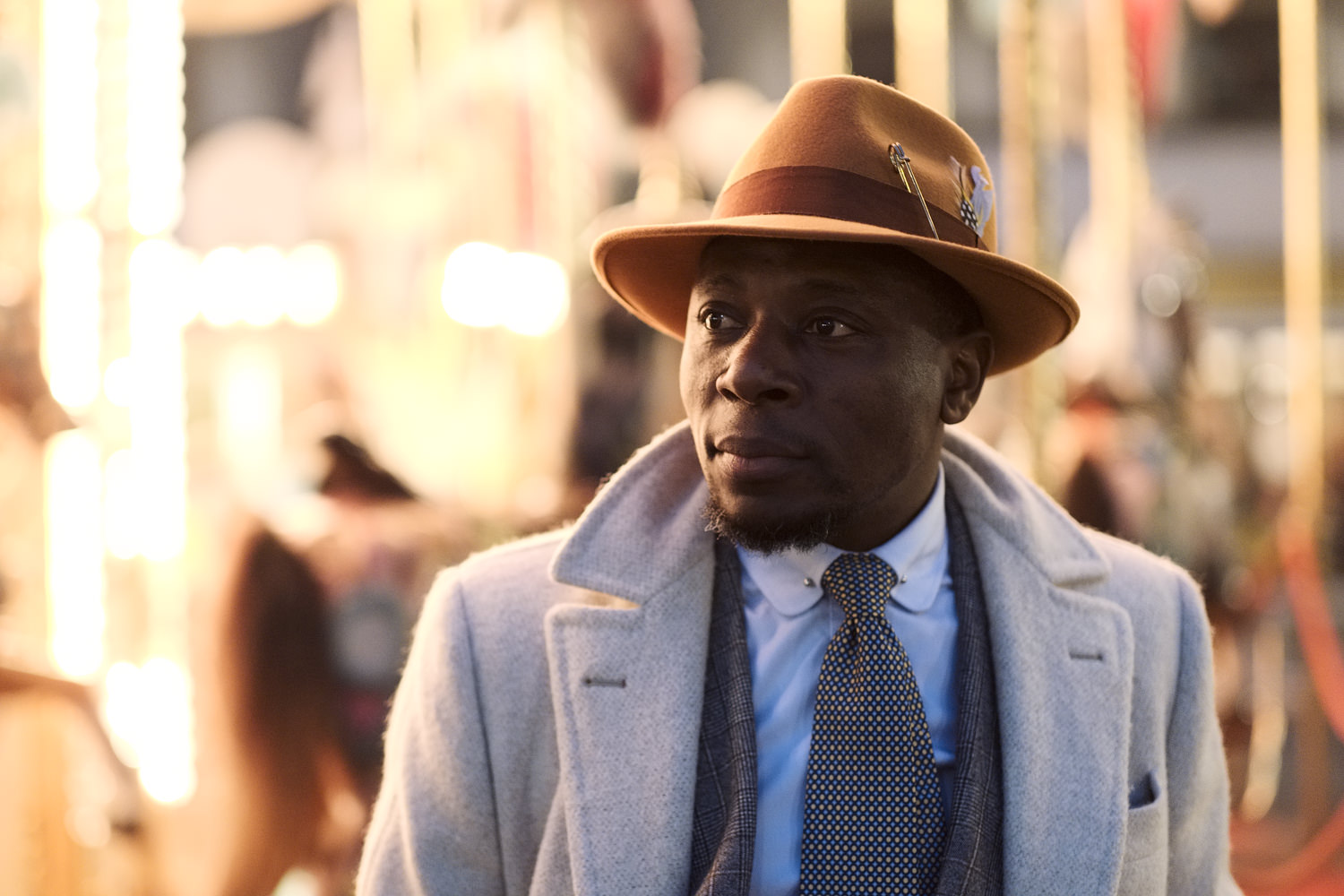 Technically speaking, the shooting has been a bit of a challenge and also a test for my new Fujifilm X-T2. The most important fact was to be able to shoot correctly with continuous focusing on a quite dark situation with also lights distraction from the cars driving around the square.
Well, I’ve to say that I’m very pleased with the results, as I was able to get almost all the shots right when the guys were walking in my direction. 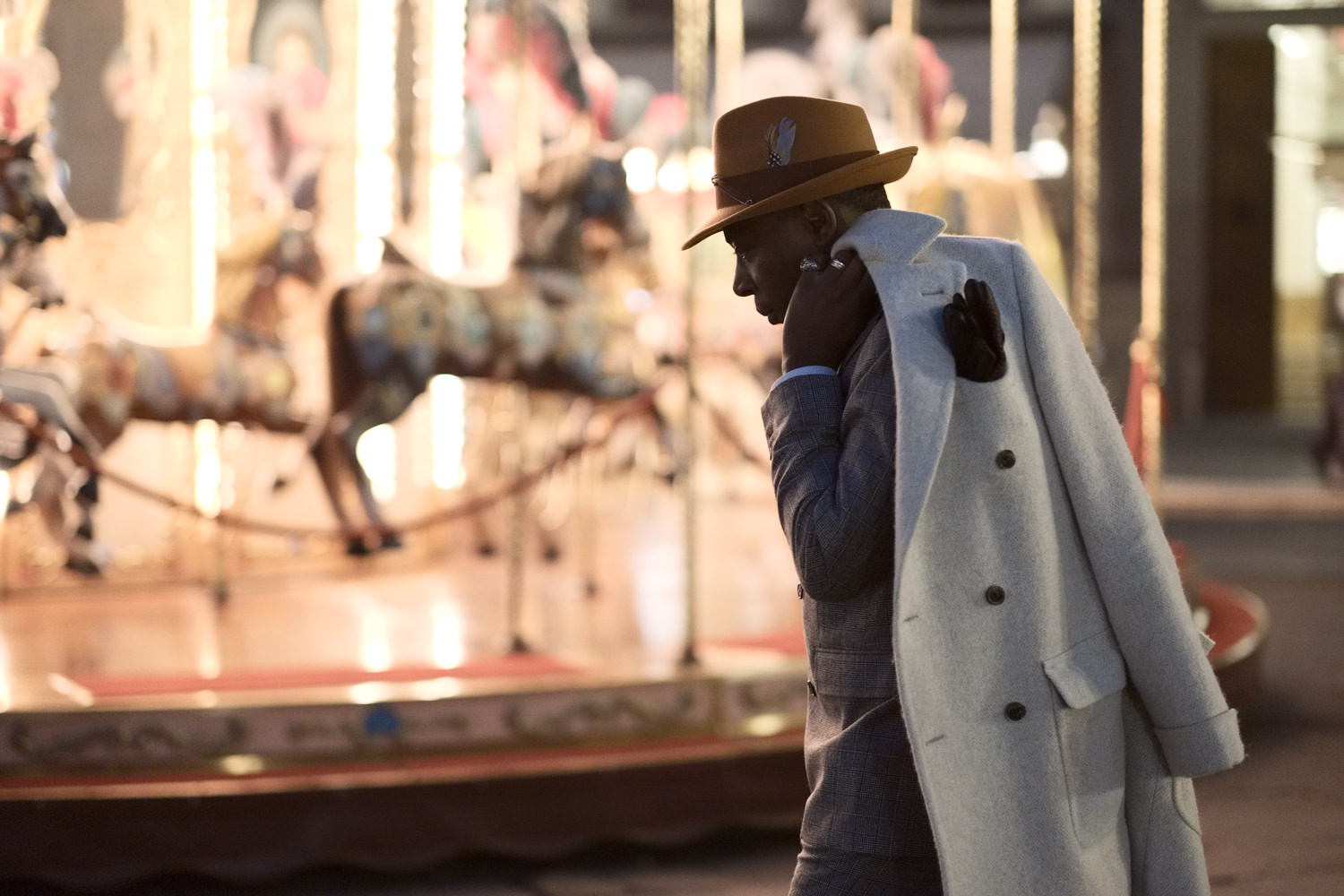 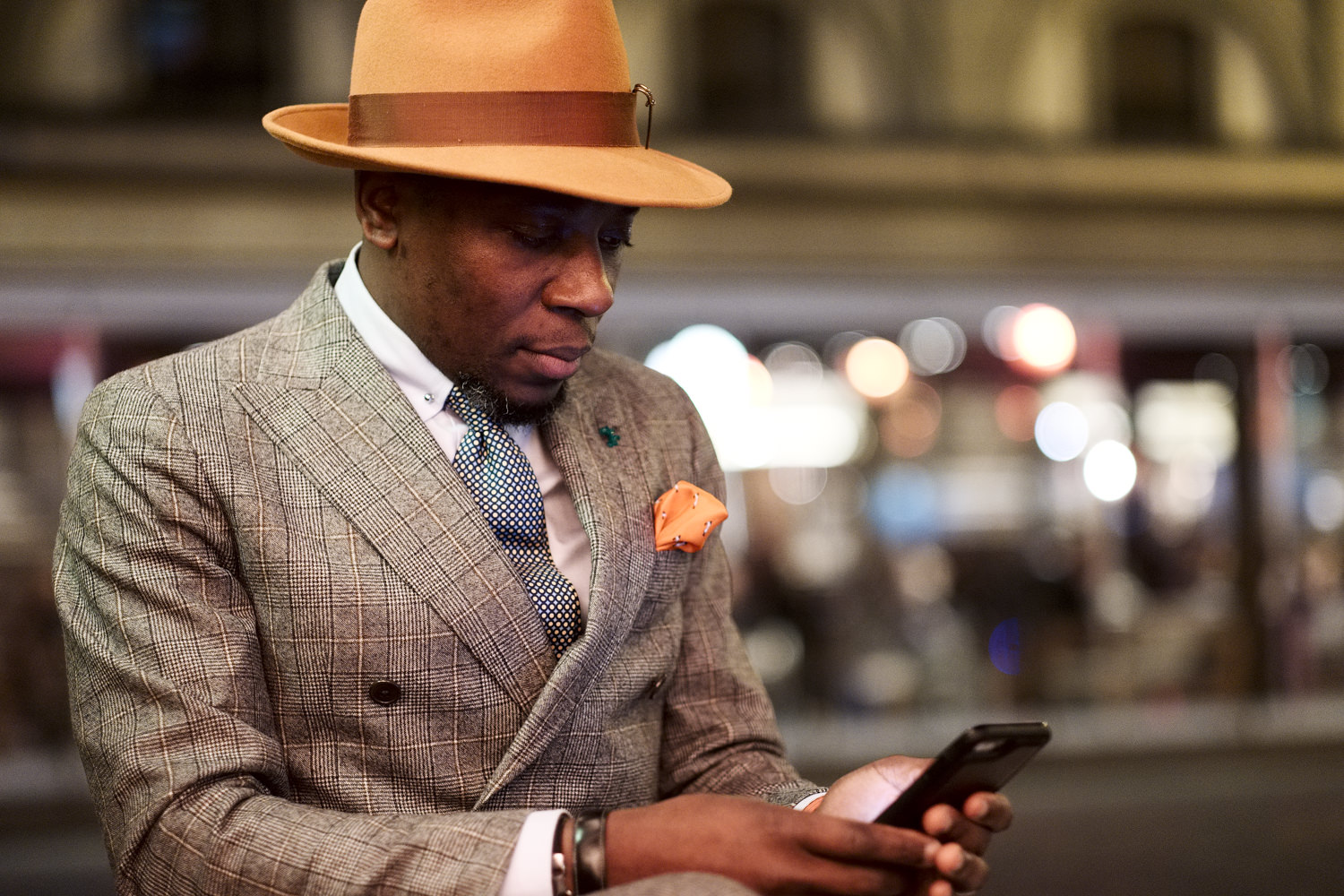 One of the most fun parts of the shooting has been the “Carousel” parade.
Yes, we’ve been altogether to the carousel, and everyone had much fun! Salomon couldn’t almost stay calm from his horse riding while the other guys were also enjoying the ride. I’ve to say I had so much fun to photograph this moment! 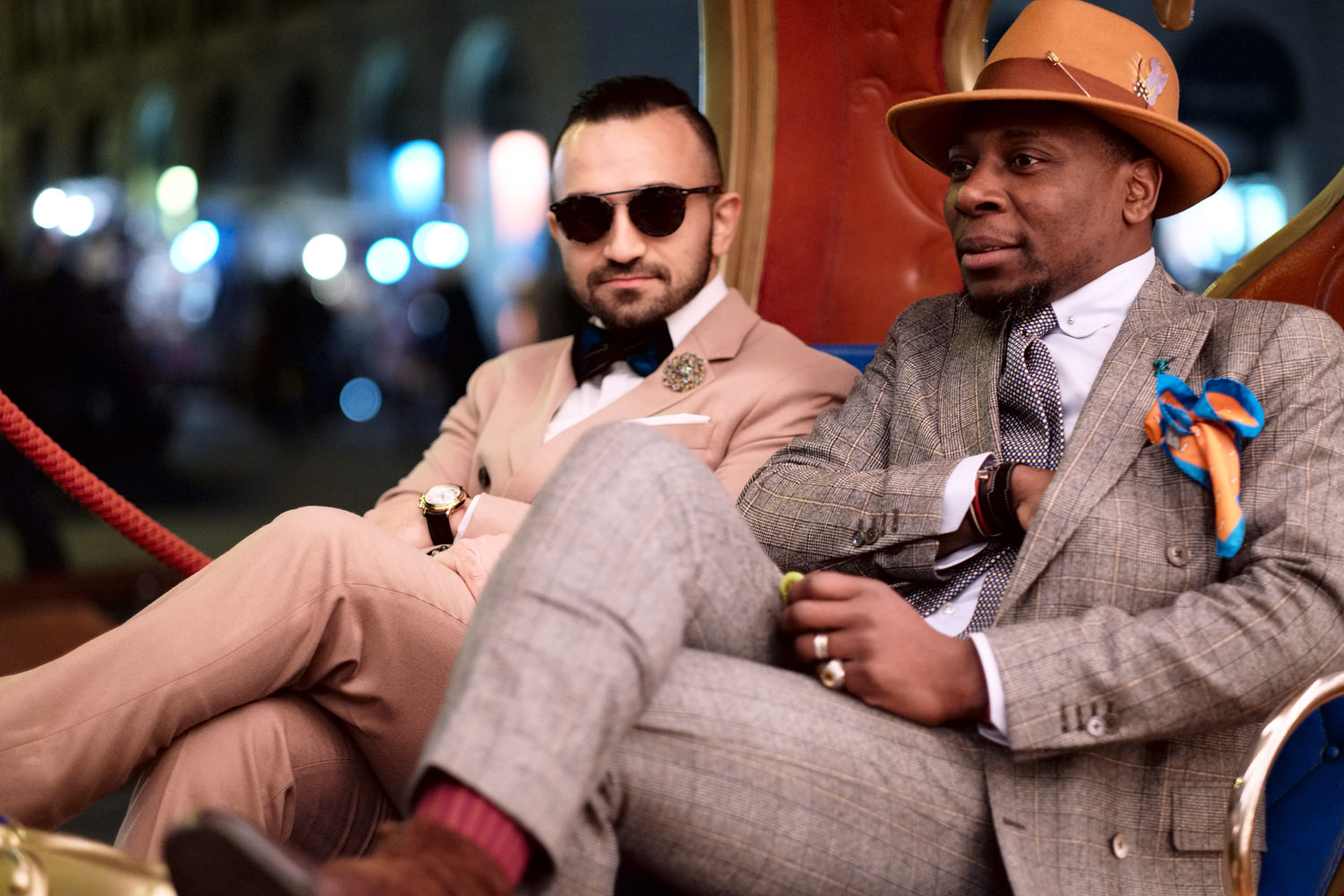 Let’s talk about the ISO performance of the camera since that was another point of concerning. I didn’t want to use any additional light or flash, I want to keep all the beauty of the light available at that moment.

I had already one great advantage: the possibility to use the f/1.2 aperture of the Fujifilm 56mm. In this way, with my security shutter speed set at 1/250th of a second (to be sure to have also the walking parts sharp), I’ve used around 2000 to 4000 Iso speed. 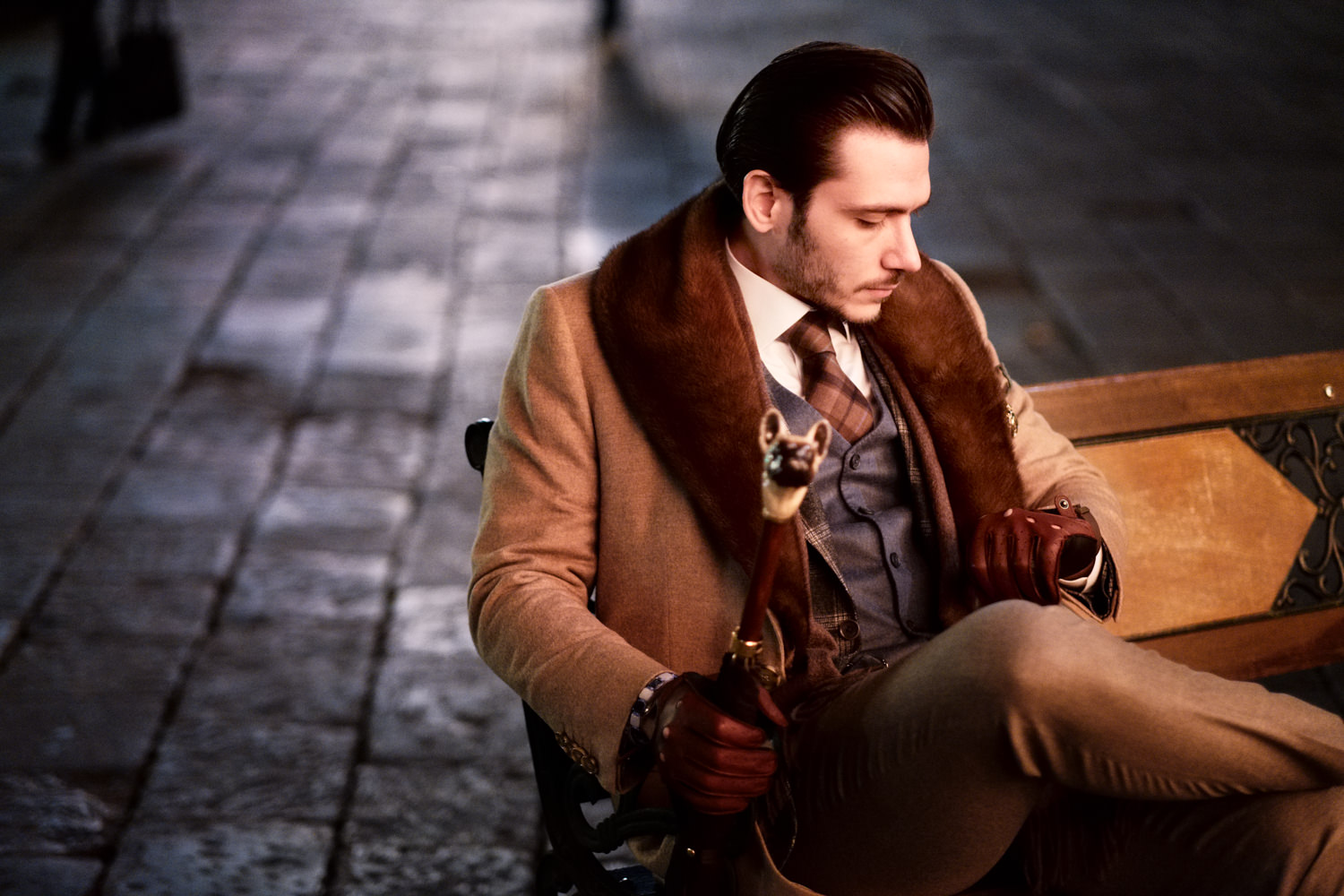 A nice group of friends! From the left: Omer, Salomon, Eric and Defustel.
Can’t wait to meet them all again at the next edition of Pitti Immagine Uomo in Florence! 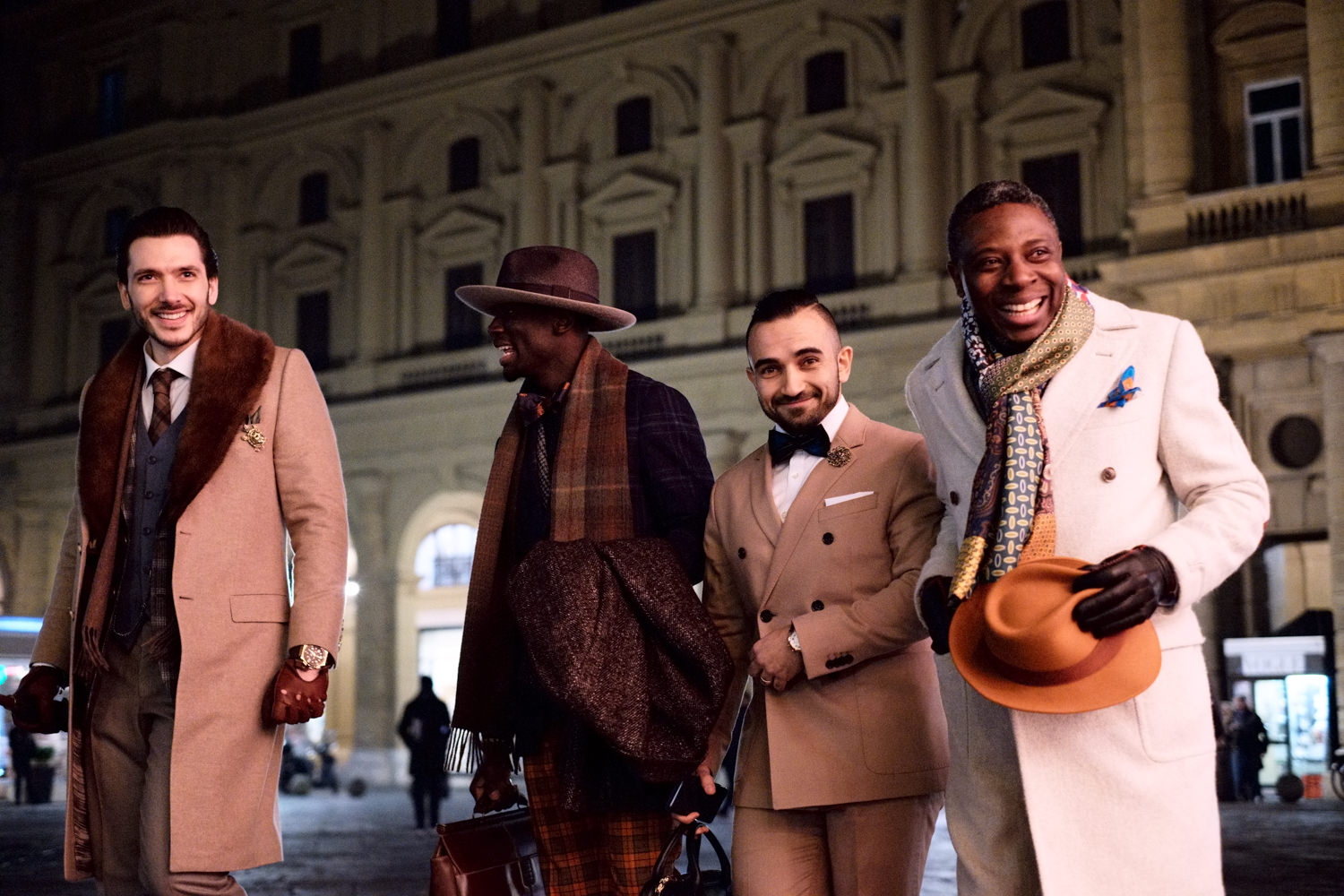