Pitti Immagine Uomo in Florence is considered to be one of the most important weeks for male fashion in the world. It attends to the fear people from all around the world as I’ve covered in the previous editions.

Last year winter edition I was honored to work on the first day for Karl Lagerfeld, doing a photo reportage inside their fair stand.

This year I got commissioned a photo session for John Varvatos and I’ve covered this in the previous post.

With this post, I want to share all the other photos I’ve shot during the four days at the fair. My vision on street style photography is maybe different from the one of other photographers: I prefer to get the people in the pose for me, directing the shot. This is in contrast to the “snapshot” kind of photo you see around on many another blog about street style. But this doesn’t mean that I’m also taking some “hidden” street style shots during the fair.

To me, directing the person I want to photograph create an interaction. This is what I want when shooting. The interaction is important and gets something that in the end you can feel in the picture.

My other obsession in the photos I took is about colors and sharpness. This time I was able to use the new Fujifilm GFX 50R digital medium format camera with 50 Megapixel of resolution. It’s not the resolution that I’m impressed about (there’s the Canon EOS 5DR with the same count) but the quality of the image: the huge sensor (compared to the full frame) combined to the lens designed for this frame, give a stunning final result.

I’m amazed that shooting almost always at the maximum aperture (that usually are the softer one) produce excellent sharpness on the focus point. Pay attention about this step: with this camera, a small variation of the focus point (that may be caused by the camera autofocus or by human error) lead to a photo where the nose is on focus but the eyes are not. So you’ve to be extremely precise about focus with the Fujifilm GFX 50R!

All this set of photos, compared to the one I shot for John Varvatos, has been developed from the Fujifilm .raf file in Lightroom. I want to test how close I could get in matching the colors and sharpness from the in camera .jpg

I’ve to admit that I was able to get very close to the look of the .jpg file in Lightroom using the Fujifilm color profiles. Some shots, however (I found the more contrasty one) presented a slightly different saturation in the .jpg file so I had to boost with the selective colors in Lightroom to try to match the original file.

Let me talk also about the sharpness on the Fujifilm GFX 50R .raw file. This camera hasn’t the classical X-Trans pattern from the APS-C camera that we know isn’t managed so well in Lightroom. Instead, the sharpness of the GFX 50R is rendered perfectly in Lightroom without any issue!

For the sessions, I’ve used two lenses: the 45mm f/2.8 (that is equivalent to a 35mm on the full frame) and the 110mm f/2 (equivalent to an 85mm). Both of the es stellar with the 110 f/2 being even more extraordinary: from the sharpness to the smoothness of the bokeh and the color rendition, all this aspect are the best you can ask for! 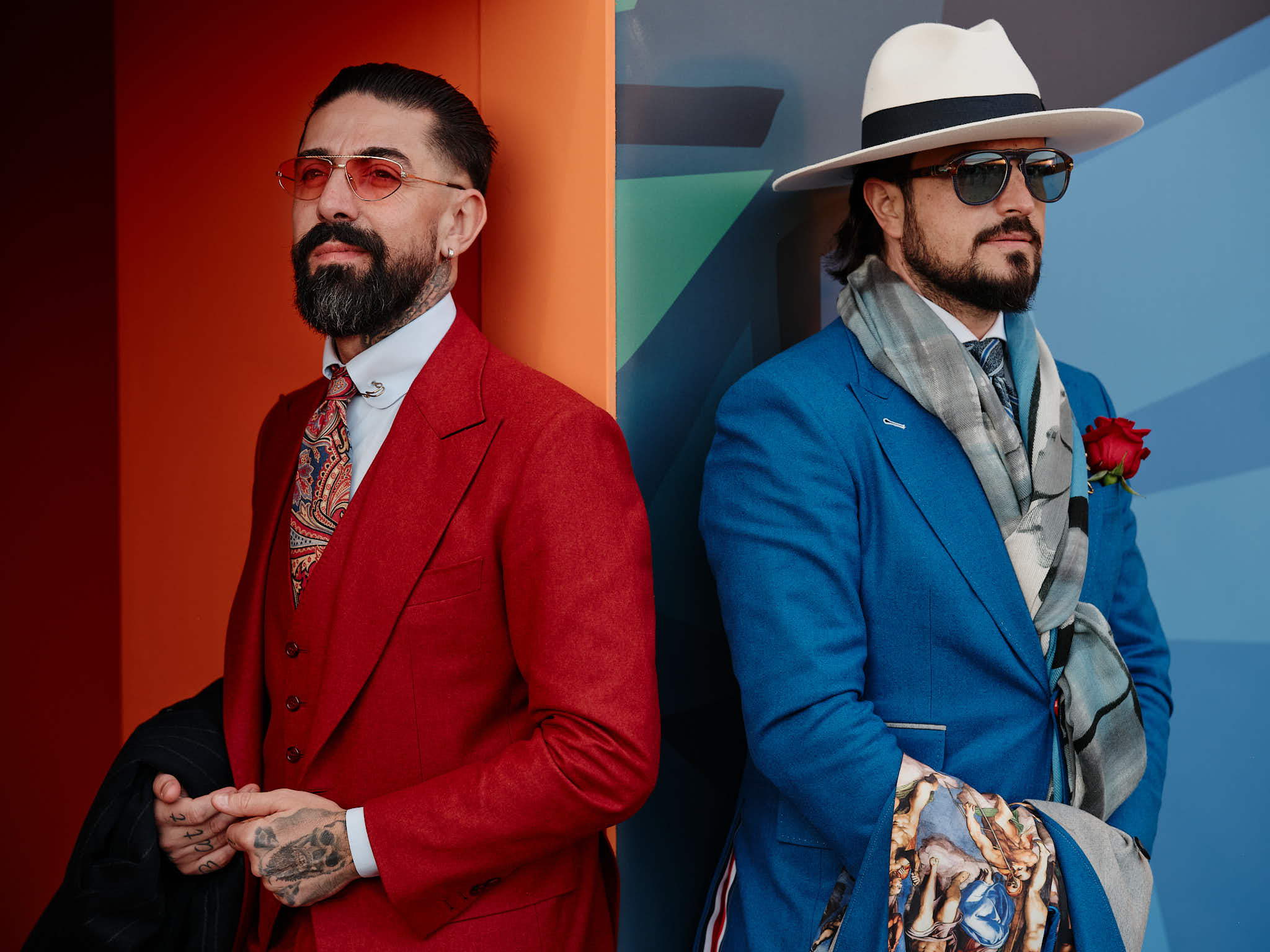 97th edition of Pitti Uomo in Florence: photos from the event

Photos from the 97th edition of Pitti Immagine Uomo in Florence. High-resolution images from the international male fashion fair in Florence.
Read More 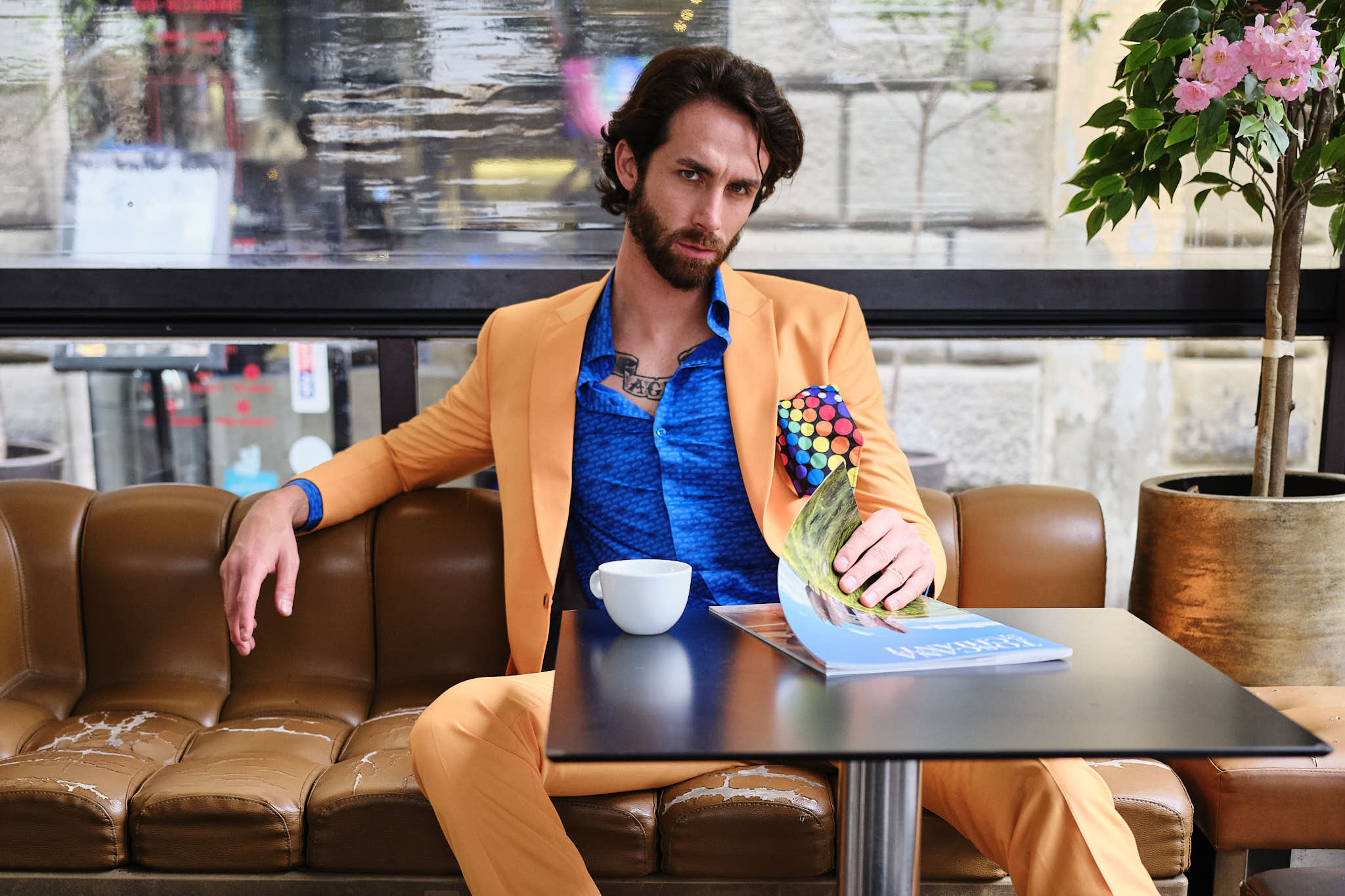 The maroon Suit commercial in Florence